Currently have multiple projects on the go right now and can't be arsed to make a separate thread for each, so I'll cram them all in here and let you lot sift through for anything that might take your fancy.

#1 D&D Minis
I have an rpg group that I've met and played with for almost 14 years most Friday evenings. When it was still alive, I think I'd started to post some of the first of my painted figs for our games. Well, that collection has multiplied exponentially and I now have a fuck-tonne of minis to use for both player characters to use and monsters and badguys that they can fight. I also still have a shit-load left to paint. I'll not be posting pics here just now as I haven't really gotten great pics taken, but will update once that's sorted.

#2 Saga JomsVikings and Anglo-Saxons
Somewhere along the line a mate convinced me that the Dark Ages game, Saga (By Gripping Beast) was really fun, which after a demo game I found I agreed upon. I then proceeded to purchase both a Jomsviking (The sculpts were the coolest to me) and an Anglo-Saxon (I really liked the way this faction played) army. I've currently painted up 4 points of the JomsVikings and 3 of the Saxons. I think I might have posted about this project at papanurgle, but I can't remember.

My JomsViking Warlord and Hearthguard

My Saxon Warlord and Thegns

#3 WW2 Winter Soviets
I lost interest in Flames of War (Currently looking to sell off what I have) and moved on to Bolt Action instead as it was more fun and less rules intensive - and quite frankly I missed painting 28mm miniatures. After painting up so many brown uniformed/ green armoured British Commonwealth Western Europe stuff for Flames of War, I decided I wanted a change and so picked up the (Then) new Winter theme'd Soviet kits from Warlord Games. Their plastics impressed me with detail and variability of poses and sculpts and I have been adding to my army and painting quite steadily since.

I have modeled my army (1000 point list per the Armies of Soviet Union book) around the type of force that could be encountered "liberating" Poland from Nazi occupation in the deep Winter of 1944-45. (I also have most of a German army collected to face off against them and the start of a Winter terrain collection to play upon, but those will get worked on after I'm done with the Soviets.)

#4 15mm American Civil War Confederates
I know I posted about the start of these back on Papanurgle, well, they are now a full (Small) and usable army for both the Longstreet and Regimental Fire and Fury rules sets. I still have plenty more to paint up though so I can play multiple brigades, etc and I'll slowly work on them here and there as I go along.


There are a few other things in the works, re-painting old BloodBowl teams so my son and I can play the 1980's rules I brought home with me from my last visit earlier this year, team-members from my Inquisimunda warbands, a platoon of British infantry in 15mm for Chain of Command and some other stuff too (Like Kinflikt '47 additions to my Bolt Action armies - the below zombies for example!).

Oooooooo! Loving the Vikings! The Konflict stuff is lovely too!!

Awwww yeah. Loving it Dai...super keen to see the D&D minis too

This is my squad of Soviet Tank Riders. They are all armed with SMG's backed by a soldier with a Light Machine Gun. I plan to try to use these blokes to drive up and hop off in order to riddle enemy infantry with bullets, then charge in for some nasty hand-to-hand combat (H2H in Bolt Action is super quick and super deadly.).

And these are some old Citadel sculpts that were last painted up for my D&D collection and Realms of Chaos warband. 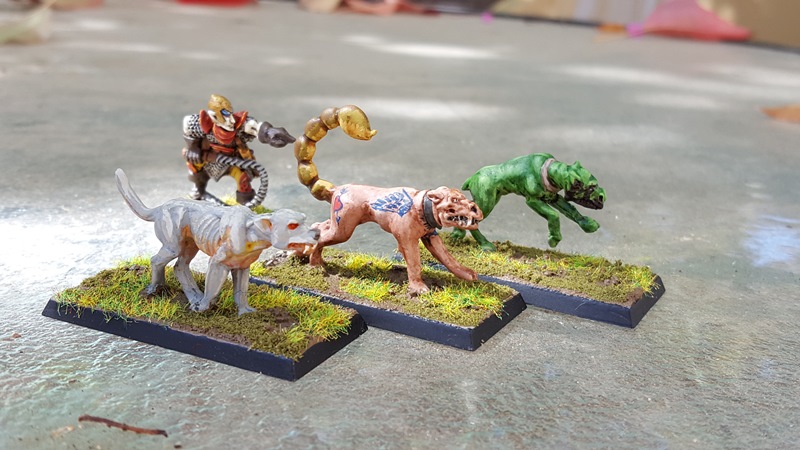 Love them sir, those old sculpts are very cool and gribbly

The saxons and wild swedish vikings are known from papa, still lovely sculpts and an awesome paintjob!

Tank Riders for the win!
I have some in the pipe aswell - though for FoW - Sad you do not enjoy it anymore. compared to my overall 40K experience it still more fast paced. True, there is a heck of rules to know. I've heard rumors that 4th Ed is coing to be more like Team-Yankee, with even more streamlined rules.

Then i shall oblige sir!

This fellow is a spotter that I'll use as either a Forward Artillery Spotter or dedicated spotter for my Medium Mortar team. Tried to make the snow effects look like he's been laying there... "spotting" for a while so that the snow has had time to settle on him. His eyes were a pig to get to so look horrid, but I'll rarely use this fig so he'll do. 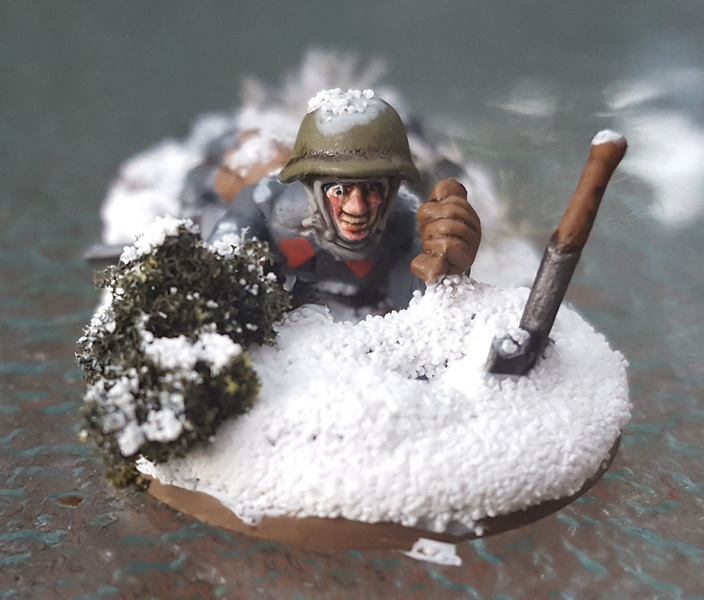 This is a sniper team, also sat out in the snow for that "perfect shot". 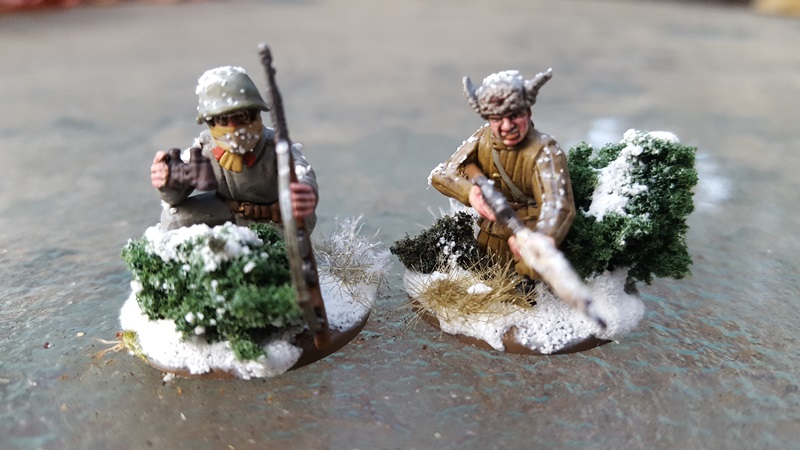 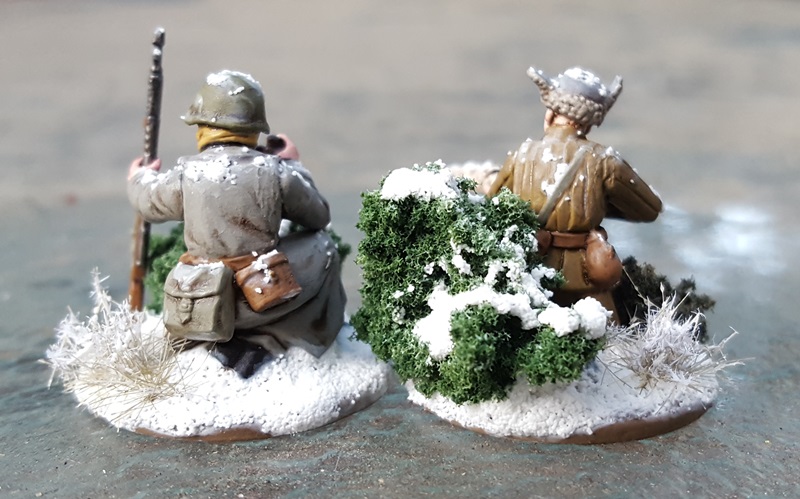 And my Medium Mortar team. 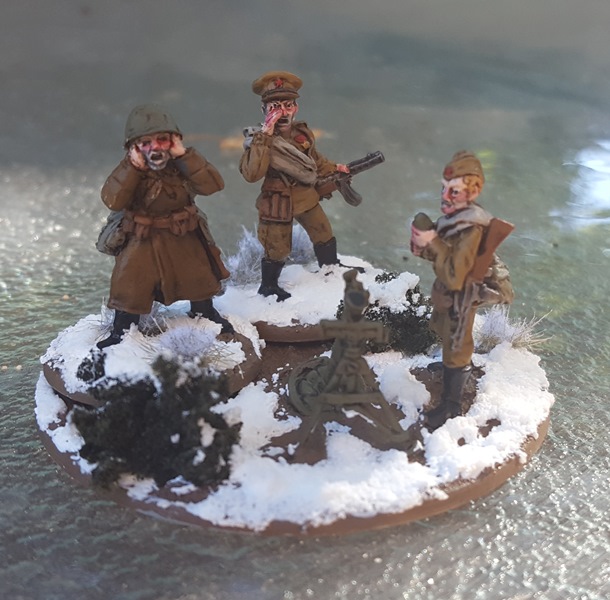 Nice stuff Dai! I really like the snow covered minis, the others are pretty awesome too. The old school minis are like comfort food, once you see it again, it brings back warm memories of childhood . . .

Awesome looking stuff sir, and at that scale too...awesome job <3
One rule to rule them all:

Awesome looking stuff sir, and at that scale too...awesome job <3

Agreed, the snow looks very 'fluffy'. What's your mix or is it premade?

Top
Post Reply [phpBB Debug] PHP Warning: in file [ROOT]/vendor/twig/twig/lib/Twig/Extension/Core.php on line 1266: count(): Parameter must be an array or an object that implements Countable

Users browsing this forum: No registered users and 0 guests