Excellent stuff sir and some fab tips!
One rule to rule them all:

That’s a lot of work in a short time. Just be glad they’re not Privateer Press models. Assembly of their stuff had gotten me so frustrated that I quit messing with minis before I got sick. Do you have a spray booth? I’ve got this one - AW Portable Airbrush Paint Spray Booth Kit w/ Turn Table Extension Hose Powerful Fan For Toy Parts Model https://www.amazon.com/dp/B00Y83Y1C8/re ... LAbNMT1T78

It works pretty well and it’s not that expensive. I run the hose towards the floor behind my desk. You don’t want it blowing the fumes straight into your face.

Bloody hell mate, this is some impressive output. Will be interested to see how you manage to get all 7 nurglings on a 40mm base. Only managed to arrange 5 to a base, though I didnt add any scenic elements. Maybe messing with different heights, hills etc might give me more space? Dunno.
Arse! Feck! Drink! Girls!
Top

You ought to pester Squiggoth and see if he’ll post his Nurglings again. They were pretty fantastic!

And I think he was able to stretch one blister into about 47 stands.
Top

I figured I'd just use a cardboard box in the greenhouse.

I reckon I'd better get some painting experience under my belt before investing in any fancy-schmancy pro kit.

Wednesday night is gaming night, and we were due to start a new campaign of Warhammer Fantasy Roleplay (1st edition!) (Side note for Nurgle fans: dating to November 1986, this core rulebook was the first publication to mention Nurgle as far as I can tell.) Not enough of the group turned up though due to inclement weather, so we played the Spartacus board game instead.

But before I popped out to simulate the heady world of slave-owning and gladiator-battling, I sneaked a bit of glue onto Epidemius to get him another step closer to completion. The seat and base are now joined, with just that pesky hourglass hand refusing to stay in place (I'm going to have to pin it): 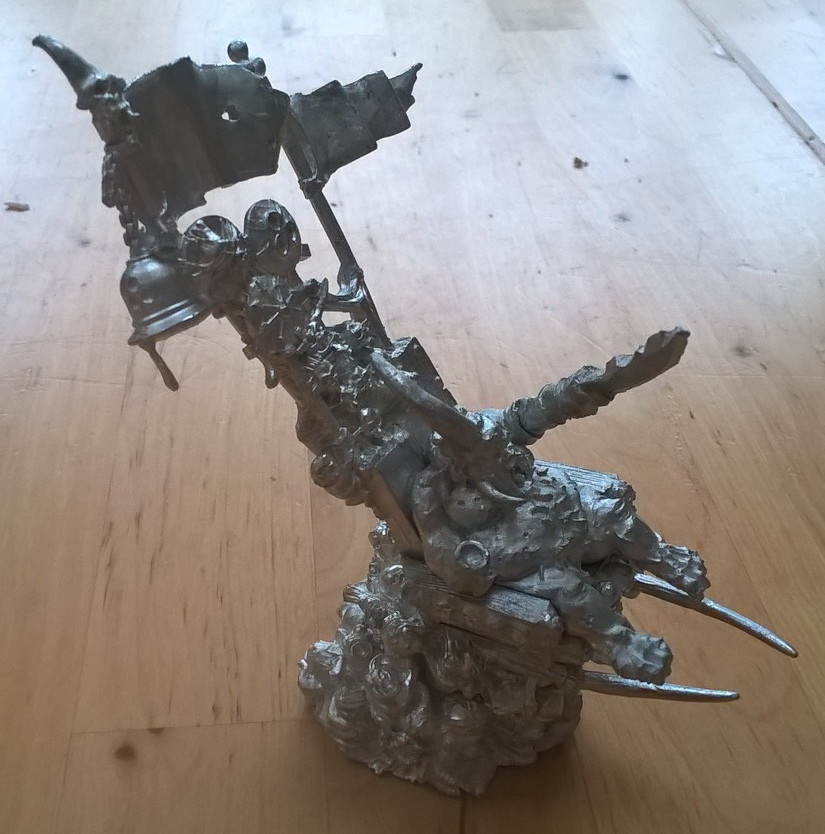 Such a cool model!

Am planning to make my own version using an old palanquin and greenstuffing Epi himself. We'll see how that turns out...
Arse! Feck! Drink! Girls!
Top

Awesome! I have an old conversion sitting around somewhere of a 40k terminator version of that.

Not as cool as that but the classic nurgle palanquin has a place in my soul.
One rule to rule them all:

I'm too tired tonight to continue. But still, I've got stuff done.

First off, some snagging work (tying up some loose ends): 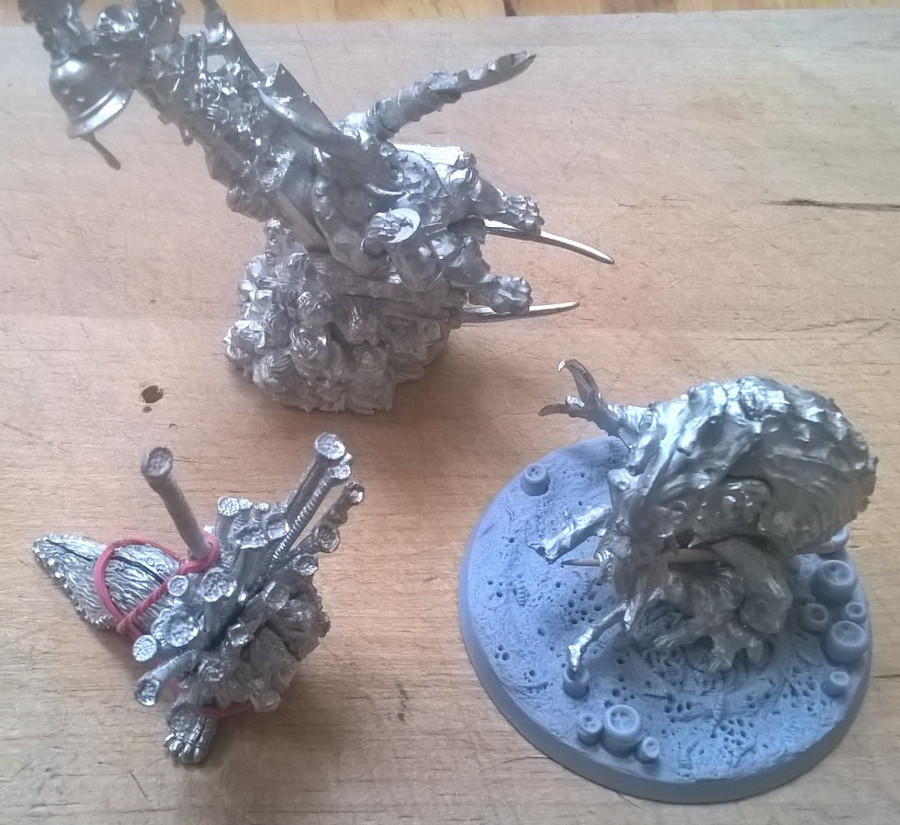 I wanted to finish off the Plaguebearer bases. I've done another eight, leaving just four more to complete. The Pestigors need two pins due to their small footprints (hoofprints?). 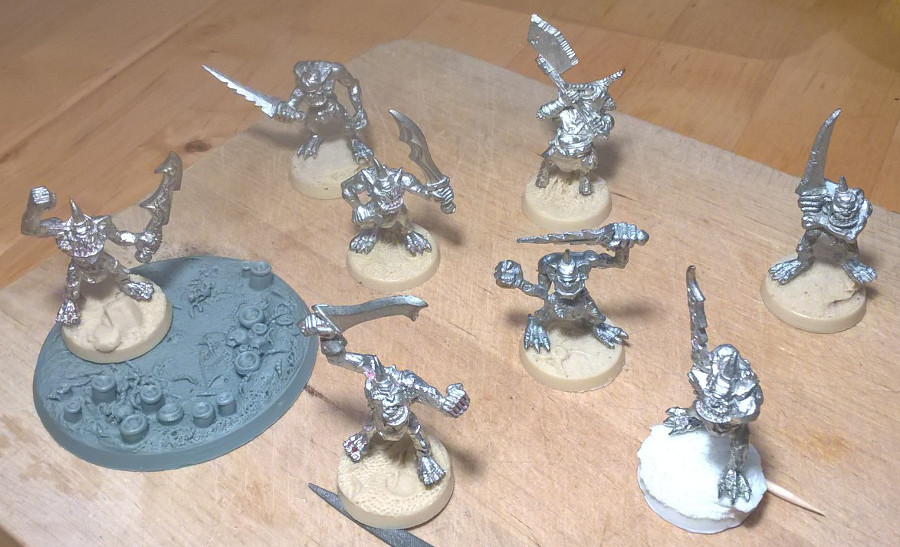 My final push for finishing the gluing last night... 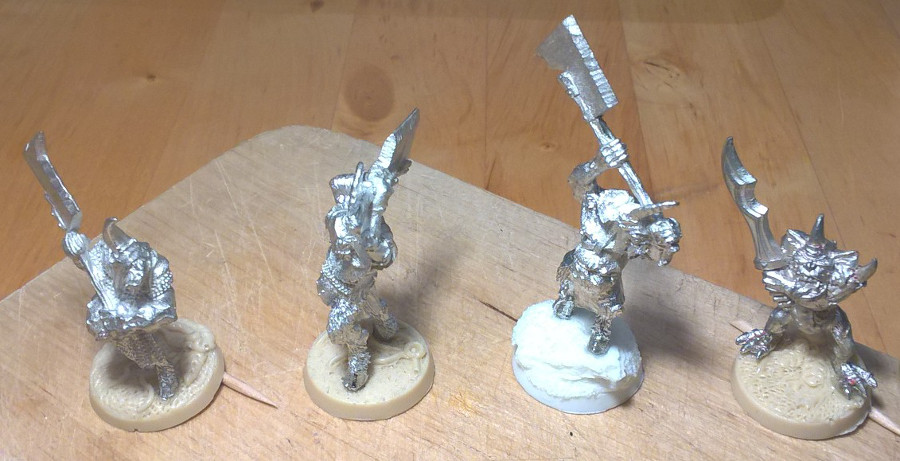 Which means I could then also pick out suitable based for the ten plastic Plaguebearers (quicker to glue as I can just use cyanoacrylate for them): 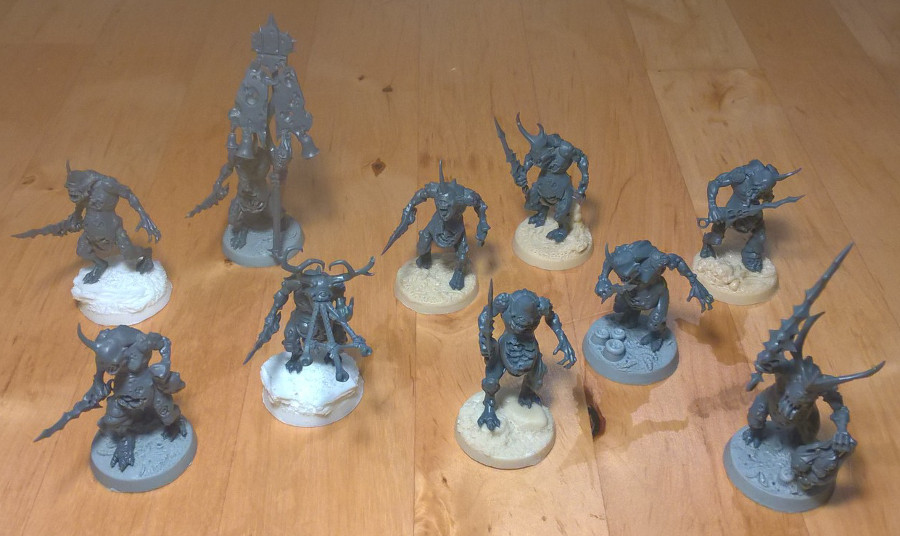 And I finished off the build for the third and final Plague Drone: 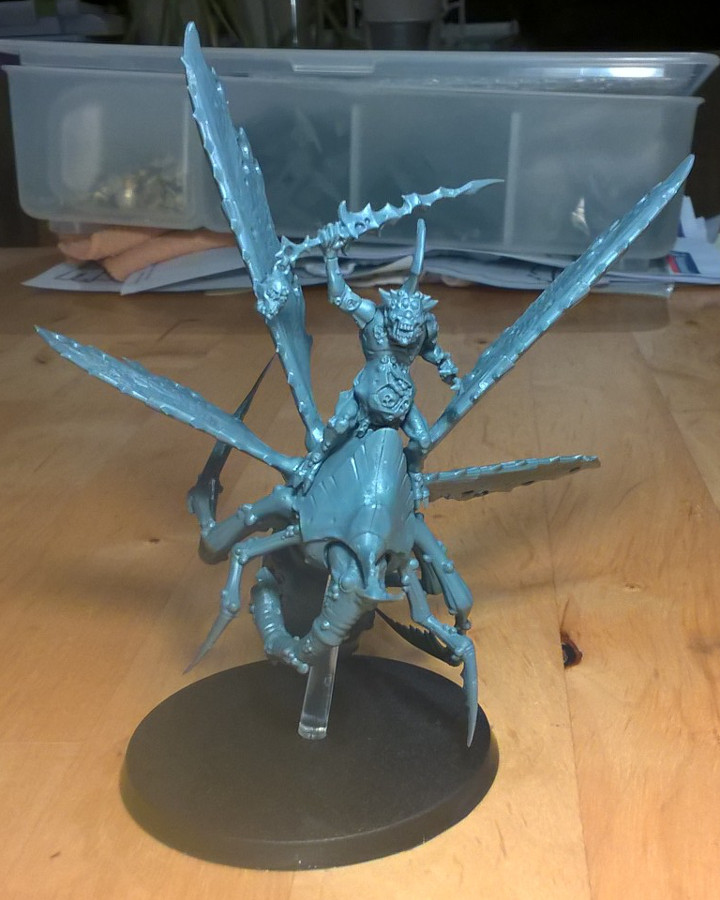 For good measure, I chucked some glue on the 2nd release Beast of Nurgle and threw it onto a base (I have still to reposition the tentacles, obviously): 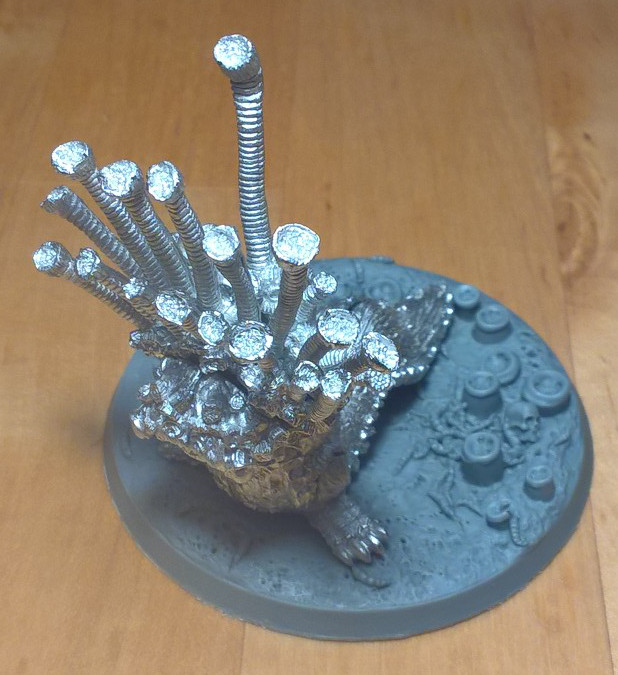 So no more gluing now, which is the position I wanted to be in so that I didn't need to worry about any more overnight setting and can package up the figures. What remains is the use of Blu Tack to fix the Nurglings to bases, and to temporarily hold the Daemon Prince parts (that I want to keep separate until they've hda a first lick of paint).

*phew*
Top
Post Reply [phpBB Debug] PHP Warning: in file [ROOT]/vendor/twig/twig/lib/Twig/Extension/Core.php on line 1266: count(): Parameter must be an array or an object that implements Countable